Charles Dant: What “Yake & Amen” means and why we say it in Southern Nelson County. 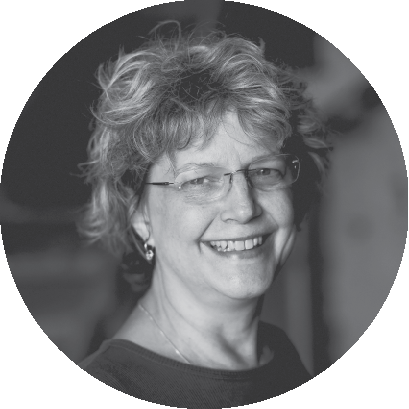 By: Lynne Dant, COO and Distiller

Even outside the Dant family, there’s more than a few folks working here at Log Still Distillery who grew up in southern Nelson County. That means we grew up south of the Blue Grass Parkway and south of the Beech Fork River, which is the natural divider between Bardstown and southern Nelson County. And we locals have all enjoyed introducing our co-workers to a phrase we’ve grown up with: “Yake and Amen.”

Abby Fenwick, our Customer Experience Ambassador, is one of the local folks working at Log Still, and I asked her what Yake means to her.

“To me, ‘Yake’ is a friendly ‘what’s up’ or ‘hello,’” Abby said. “It was created by those from southern Nelson County, for those of southern Nelson County. It’s a word filled with pride for this area and the people who grew up in this area. It’s a symbol of ‘I’ve got your back,’ and in a small town everyone supports one another.

“I remember going on horse rides, canoe floats, and four-wheeler rides when I was younger and hearing my parents and their friends saying ‘Yake!’ when more friends would show up, when someone asked if they wanted another beer, or just saying it to agree.”

Yake is a southern Nelson County greeting. It’s a show of respect, love, and friendship. The word I’d use to describe it is heartfelt. “Yake!” It means ‘hello friend.

Renee White, our Director of Health, Safety and Human Resources, is another southern Nelson County girl. “Yake has always been a positive greeting to friends, usually accompanied by a peace sign,” Renee said. “Yake can be said loudly and with lots of feeling and also can be pronounced ‘YYAAAAAAAAAKE’ depending on how you’re feeling.”

Christy Price, Log Still’s Brand Ambassador for Kentucky, said her grandmother remembers Yake being used back in the early 1960s. “She was looking through an old high school yearbook and saw where different classmates wrote ‘Yake,’ as their way of wishing her well.”

I myself first heard Yake when I went to middle school in New Haven when I was 12. The older kids would say it to each other. And so would the parents. And pretty soon, I was too. It was something we liked saying to each other, and I think it was because it was ours. If you were from southern Nelson County, it meant something to you. If you were from someplace else, you didn’t know what it meant.

The “Amen” part of “Yake and Amen” has been added more recently as a kind of exclamation mark, I’d say, when you’re making a point you want to drive home. This is a Catholic community here in southern Nelson County, and “Amen” comes pretty natural.

There’s a lot of folks who could share the credit for that addition. Larry Wimsett is a contributor to a great Facebook page where he offers some good-hearted wisdom from southern Nelson County, and usually ends his comment with “Yake and Amen.” Emily Dickerson is another local lady who had some T-shirts printed with the phrase.

And the great thing is that our kids and grandkids are saying it now, so it’s going to be around for a while, and I love that. I love being part of a community where neighbors have a way of greeting each other that’s all their own.

We’re proud that Log Still Distillery can be part of such a tight-knit community. And we’re happy that our longtime local greeting is something we say with pride here at Log Still.

As Abby said: “I’m so proud to work for a company that understands the meaning of ‘Yake and Amen.’ I truly think that Log Still and Dant Crossing will bring the meaning of that old saying to life. Hopefully those words will spread through every town, big or small, to create a sense of camaraderie.”

So Yake and Amen! brothers and sisters. Welcome to southern Nelson County.

If you have questions regarding our Bed & Breakfasts, please email us at Accommodations@DantCrossing.com or call 502-917-0225.

Log Still Distillery neither owns nor has any affiliation with “J.W. Dant” distilled spirits.

If you have questions regarding our Bed & Breakfasts, please email us at
Accommodations@DantCrossing.com or call 502-917-0225.

If you have questions regarding our
Bed & Breakfasts, please email us at Accommodations@DantCrossing.com
or call 502-917-0225.

Smoking and Firearms are banned at The Amp
and across the Dant Crossing campus.  •
©2021 Dant Crossing
225 Dee Head Rd., Gethsemane, Kentucky, 40051